Please see the below age groups (as determined by Baseball Australia/Baseball Queensland) and 2022-2023 fees. Please note these fees include insurance and affiliation with the appropriate governing bodies. It does not include uniforms.

Each team will have their own kit which will be with the coaches. All juniors are required to have their own glove and it is strongly recommended they have their own helmet, for COVID-19 purposes.
Players wishing to purchase equipment can do so, however options are fairly limited at local sports stores. If you shop at Rebel Sport, please make sure you nominate the Robina Braves as your charity club, and a percentage of each purchase will go into an account for the club to purchase equipment.

*Note:
–  Shoes must have rubber soles until U14. Running shoes or soccer/footy boots are perfect.
– Please see this link for Bat rules 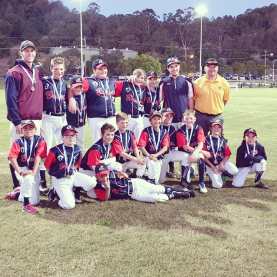 THANK YOU to our Sponsors